Fablon lives in and runs the Corpse Worshipper compound, reporting only to Tehedrin, the immortal corpse founder.

Traits:
You can pay 20gp/week to stay at the clinic. This guarantees maximum natural healing and gives a +2 on any save vs. disease or poison at the end of the week.

Carousing at the Corpse Worshipper bar

Carousing in a town like Clargarser where disease and famine have devastated the liquor supply is relatively safe. Here's how you do it.

Xylarthen: New Wizard in the Tower

He killed Raglom in battle and now he has moved in to Raglom's tower to steal all the dead wizard's knowledge. He has managed to raise his intelligence score since his debut in Men & Magic

Currently these are the services that Xylarthen offers. He may provide more as his research continues.

Just a blacksmith. any weapons or armor of the basic equipment list but you may have to wait.  Suits of armor will take at least 2 weeks to make.

1. This guy's personality changes. Often over the course of a conversation.
2. His accent changes too. I am not very good at voices.
at June 07, 2019 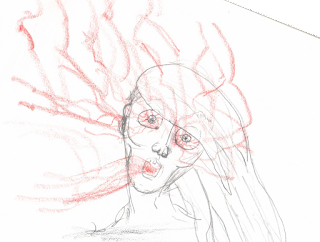