The party heads to the north to hang out with some  dwarves. The dwarves are not happy to see Scrud Pud because they are racist. They like gnomes thought apparently. I guess gnomes are like the model minority of the dwarf world or maybe they have one gnome who is like a token so that they can deflect when they are called out on their bullshit. 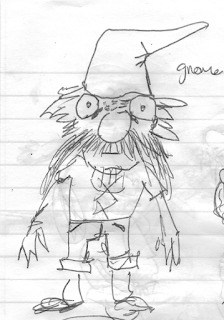 Anyway this gnome is named Vissarion and his brother is name Caesarean. Vissarion want us to go find his missing brother, who was captured by orcs (maybe) with some dwarven miners. We say ok. Spoiler: We never found any of those guys.

We go into some abandoned ancient mines to look for the missing guys. Our dwarf walks into a trap that seemed to be pretty well labeled on the player map.

We kill a lot of orcs and capture two of them. 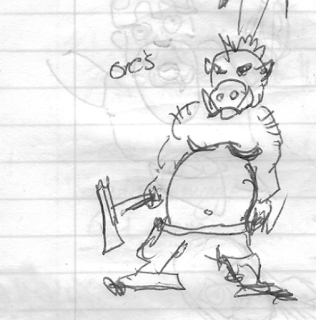 We find out they worship a giant spider. Wait. I think maybe the gnome wanted us to kill the spider. All the dwarfs and the gnome called it the ‘black beast’ or something and we were like “hey guys you can’t say stuff like that anymore” and then they got embarrassed and started calling it the ‘blue eyed beast.’

So anyway it turns out that the orcs (who may have been stand-ins for racist caricatures of indigenous people) worshipped the spider as a god and made human (or demihuman) sacrifices to it.

We trick/intimidate the orcs into showing us where their god is by telling them we are going to sacrifice the dwarf NPCs with us. At first the NPCs did not seem to like this plan but the cleric winked a them.

Long story short we found the spider god and did colonialism to it. Then went to hang out with the dwarves.

ok ok one last detail. We set the giant spider god on fire and then one of the orcs tried to put the fire out and fell into the fire and died. The other orc was paralyzed and had to watch the whole thing. We left him alive.

Session Five   These Dwarves were kind of miserable and unlikable.         The party heads to the north to hang out with some  dwarves. The... 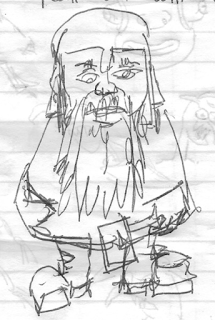